“I make spaces that apprehend light for our perception, and in some ways gather it, or seem to hold it…my work is more about your seeing than it is about my seeing, although it is a product of my seeing.” — James Turrell

The American artist James Turrell has worked directly with light and space to create artworks that engage viewers with the limits and wonder of human perception. Turrell, an avid pilot who has logged over twelve thousand hours flying, considers the sky as his studio, material and canvas. New Yorker critic Calvin Tompkins writes, “His work is not about light, or a record of light; it is light — the physical presence of light made manifest in sensory form.”

A Turrell Projection is created by projecting a single, controlled beam of light from the opposing corner of the room. The projected light appears as a three dimensional form. 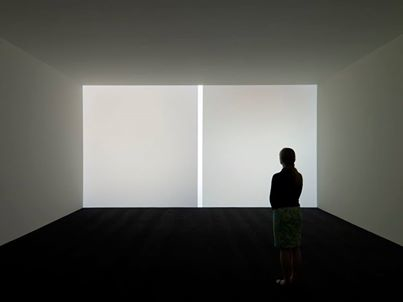 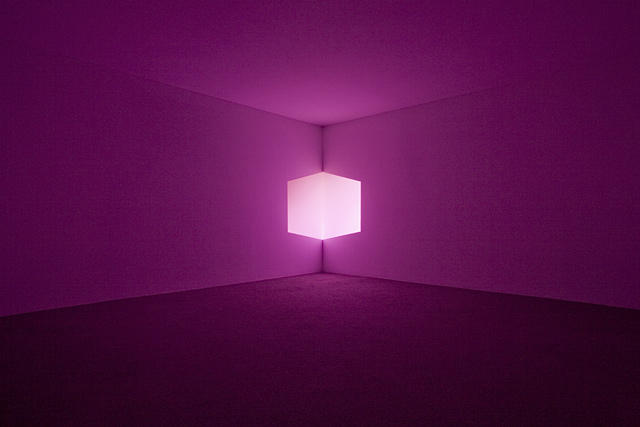 A Turrell Shallow Space is viewed from the rear of a large room. A false wall is lit from behind and appears to float. Coving the corners of the walls and controlling the light challenges the viewer’s depth perception.

A German word to describe the phenomenon of the total loss of depth perception as in the experience of a white-out. Turrell artificially creates a similar experience through the controlled use of light, coved corners and an inclined floor.