Robin Day is best known for his injection-moulded Polypropylene Chair, originally designed in 1963 for the firm of S. Hille & Co. and still in production today by its successor Hille Educational Products. The first mass-produced injection-moulded polypropylene shell chair in the world, it represented a major breakthrough in furniture design and technology. Originally created as a stacking chair, it was adapted for a variety of applications, ranging from airports to sports stadia. Tens of millions of Polypropylene Chairs have been produced over the last 50 years. In 2009 it was selected by Royal Mail to appear on a postage stamp as one of eight designs in a 2009 series celebrating "British Design Classics" 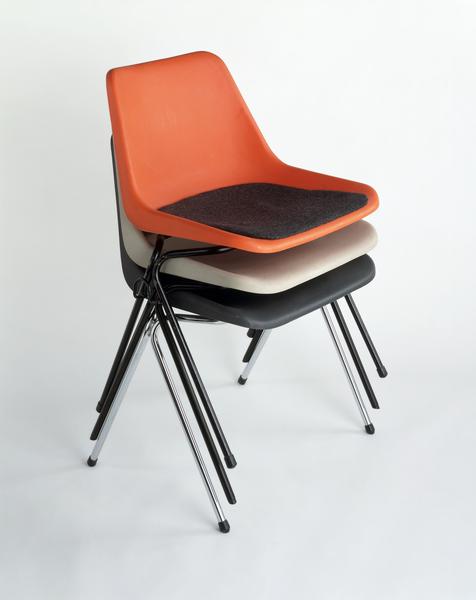 The Eames Lounge Chair and ottoman are furnishings made of molded plywood and leather, designed by Charles and Ray Eames for the Herman Miller furniture company. They are officially titled Eames Lounge  and Ottoman and were released in 1956 after years of development by designers. It was the first chair that the Eameses designed for a high-end market. Examples of these furnishings are part of the permanent collection of New York's Museum of Modern Art.