Bone as a Material

Behind the flesh of the human body is a set of stiff, pale bones which provide the inner framework, to support and protect the softer tissues around them. As a material bone is renowned for its toughness and durability, bone encloses an inner layer of lighter, honeycombed cancellous or spongy bone, with soft marrow in the middle. At birth there are over 270 bones within the body, however these fuse together and 206 bones are in an adult human.

Benjamin Kelly pulverises bones, and mixes with a resin, which is then poured into a mould of a Cadillac Symbol and dries into a golden colour. The result of the this is to highlight the result of the dehumanisation of the modern society and the way car's have impacted on people's lives. The main disadvantage for Kelley is sourcing the material, the expensive of the bone is a set back but also many bones are used for medical and denial schools. 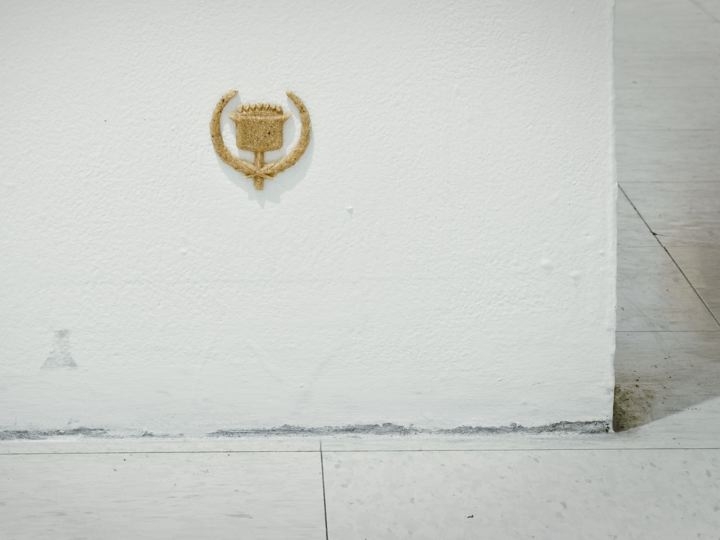 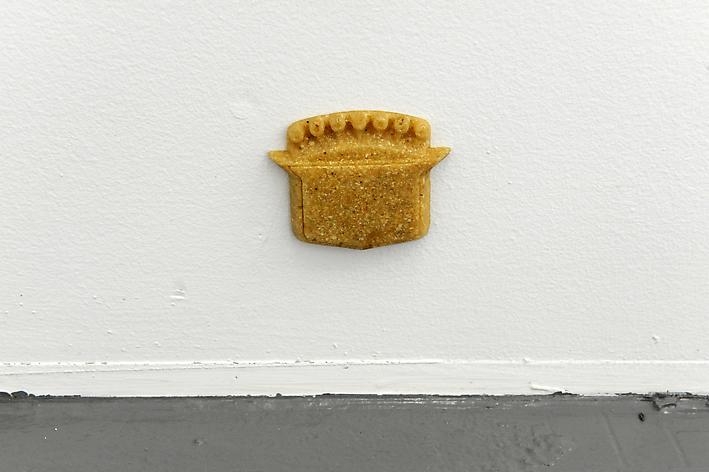 Rafael Gómezbarros is a Colombian based artists who focuses on the political and social aspects that surround him. In this Installation titled 'Casa Tomada', he addresses the movement of immigrants and how there are rendered visible by the media. In particular he is interested in the Colombian people who were made homeless and even killed due to the armed conflicts over the last fifty years in the country. The way Gómezbarros uses bone in his work is by casting human skulls to from the bodies of ants; fibreglass and resin is then used to form the structure of the body. This installation has covered many places, from the Saatchi Gallery in London, to the facades of national monuments and national buildings. The central reason to use ants is to mimic there hardworking behaviour and complex social organisation.

What Bones have in common with the Eiffel Tower?

The Eiffel Tower is one of the most iconic buildings in the world, and it is designed to stand strong using minimum material. The tower is similar to the structure of the skeleton, using a lightweight structure and one which is durable and by studying bones, we area able to understand some of the same principles that Eiffel used in designing the tower.

The Eiffel Tower uses an arrangement of criss-crossing ?X-shaped? beams known as a truss. This is a very efficient way to engineer structures by relying on the inherent strength and stability of triangles. If you zoom into one of the Eiffel Tower?s trusses, you?ll find that they aren?t as solid as they seem ? each of them are made up out of smaller, similar trusses. The material has more holes than it has iron. This is similar to the structure of bone, as once cut the hard outside shape reveals a spongy inside layer made up of tiny holes called osteons, with these holes there are further gaps and even more holes within these. This design provides the bone with a lot of strength and allows it to withstand forces and not collapse under its own weight.

Aatish Bhatia, What Your Bones Have in Common With the Eiffel Tower, Wired Science. 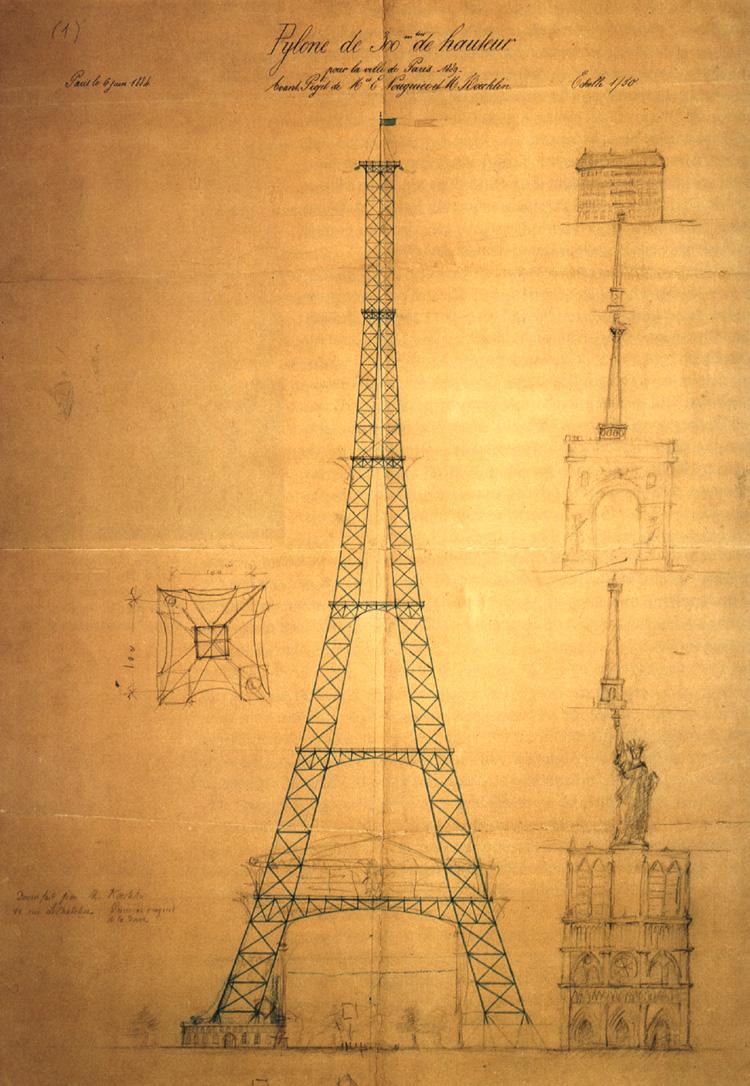 First drawing of the Eiffel Tower by Maurice Koechlin, January 1, 1884

The inside of the bone is made of varies fibres, structures and tissue. What is extremely interesting and provides great visual reference is the microscopic images of sections of inside the bones.